Air fryer has quickly become a must-have kitchen equipment for people who want to eat healthy meals. However, with their increasing popularity, many people want to know whether air fryer is really good for health. 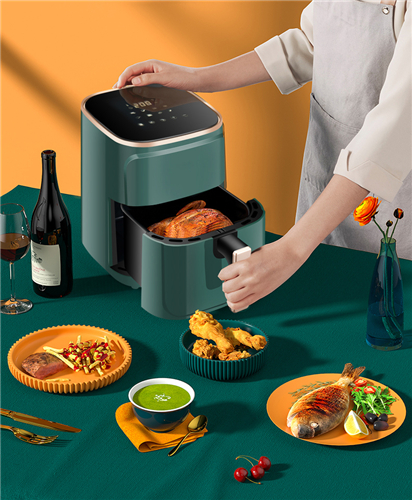 Fortunately, multiple studies have shown that air fryer is healthier than similar products.

According to the HealthLine website, this small convection oven does not need to use oil, but uses hot air flowing into and around the food to make the surface of the food crisp.

Air fryer manufacturers believe that it is a healthier way to cook fried foods due to the reduced fat content.

The food cooked in the air fryer has a similar taste and texture to the food cooked in the fryer. The only difference is the amount of fat present in the cooked food. According to EatingWell.com, air fryer can greatly reduce the amount of oil absorbed in food compared to frying. Compared with fryer, air fryer uses very little oil. According to the HealthLine report mentioned above, the fuel consumption of the fryer is 50 times more than that of the air fryer.

According to a report by BBC Good Food, experts conducted an experiment on air fryer in 2015. The study found that the use of these appliances can greatly reduce the fat content in the diet. This can have a major impact on a person's eating habits.

In addition, the air fryer reduces the formation of potentially harmful substances (such as acrylamide). A study entitled "Effects of Consumer Food Preparation on Acrylamide Formation" explained that when foods rich in carbohydrates are cooked at high temperatures such as frying, this chemical Matter will appear. The toxicity of acrylamide mainly includes neurotoxicity, reproductive toxicity, genetic toxicity, immunotoxicity and potential carcinogenicity, and neurotoxicity has been confirmed in humans.

Ready to Get a Quote ？

We sincerely welcome business cooperators from all over the world.

Get Your Instant Quote

Your information has been sent to us, we will reply you shortly